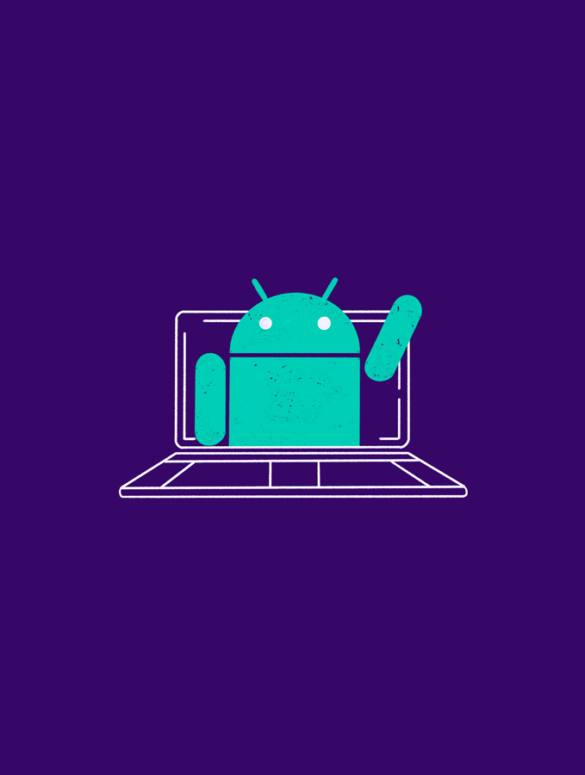 What Is An Android Emulator & How Is It Used For Testing?

As of 2019, there were over 2.5 billion active Android devices in circulation. That number is only going up. You might have access to an Android phone or device. But what if you don’t? That’s where an Android emulator can help; it can simulate an Android OS and interface so that you can test your application.

This article highlights detailed information about Android emulators, how they work, how they are used, and the extent to which they can correctly test your Android and web applications.

What Are Android Emulators?

Android emulators are software designed to mimic the hardware and software of an Android mobile device for development and testing purposes. Android emulators will run on your Mac or PC so that you can build Android-centric applications at your desk.

Playing or testing games is a popular reason to use android emulators but you can also use it to run any application available in the Google Play Store. For example, if you run your Instagram app in an emulator, it’s possible to upload photos directly from your computer–something that’s otherwise impossible.

To know what an Android emulator can do, you should first understand how it works.

How Do Android Emulators Work?

Android emulators, like BlueStacks, NoxPlayer, or Genymotion, are software applications installed on your desktop computer that can simulate the software and hardware experience of using an Android device. Using one lets gamers play mobile

Emulators mimic the architecture of whatever system you’re targeting. Hence, you can find emulators for all sorts of software and hardware, depending on your needs.

What Is Quick Emulator (QEMU)?

As an open-source tool, Quick Emulator runs on many hosts or workstations like OSs/CPUs to emulate other guest OSs/CPUs.

The translation is complex and time-consuming, making emulation extremely slow. But if the architectures of the host and guest devices are similar, translation becomes easy and fast.

If your host and guest devices have similar instruction architecture, QEMU skips the binary translation process. It immediately runs the guest device straight on the host device’s CPU – a process known as hardware-assisted virtualization.

How do Hypervisors Work?

A hypervisor or virtual machine monitor (VMM) is a software that allows a device, say,  a computer, to support many guest VMs by sharing its resources, like processing and memory. Hypervisors help you use a system’s resources and offer greater IT mobility between different servers.

Before 2017, Android’s ARM architecture required translation from an Android Developer Studio emulator to match most architectures used on personal computers.

Android Application Binary Interface x86 supports hardware-acceleration on various PCs. But if you want to speed up your device’s virtual performance, this Android emulator requires you to install and enable the hypervisor.

Hardware-acceleration allows an Android emulator to run your virtual device at speeds similar to those of your working CPU.

How To Set Up An Android Emulator

After edition 25.3.0 was released, Android distributed its emulator separately from its SDK tools. Setting up your Android emulator might be tricky but here’s a brief outline of the process.

You need Android SDK edition 26.1.1 and higher. Your PC or laptop should have a processor type 64 or 86-bit to work with the Android emulator.

If you use Android 8.1 and higher versions of it, you must have a webcam capable of capturing 720p frames.

For most devices, the emulator prompts you to allow hardware-acceleration of your device’s performance and you require HAXM edition 7.2.0 Intel hypervisor for this.

Users with Linux and Windows platforms need additional device elements, but this depends on their processors.

After installing your Android emulator, you can now access your Android Manager for Virtual Devices, (AVD Manager).

Your AVD manager allows you to prop up and align your Android devices.

It comes with pre-configured profiles for phones, tablets, and TV – each specifically designed for every manufacturer. It allows you to customize external capabilities and screen size, and to import a profile of your choice.

However, Google Play Store together with its test suite for compatibility is available on limited devices – only those that match up with Android’s compatibility program.

The AVD manager allows you to install, on your virtual device, a system ABI that the emulator recommends and whose architecture matches that of your working processor.

Your AVD’s verification configuration permits you to alter defined software or hardware profiles and configures device settings like name and orientation.

In the end, your emulator launches your virtual device specifications and enables additional controls and adjustments like geolocation, network latency, device rotation, fingerprint sensor, camera, battery state, among others.

Virtual devices allow you to save your instances in the same state you close them, which allows you to pick up from where you stopped earlier.

How Are Android Simulators Used for Testing?

Before executing changes to a branch, developers perform tests on code in pipelines. After a quick unit test with the IDE, instrumental and functional testing begins.

Your Android emulator allows you to execute instrumented tests, for example, verifying that a code handles core resources and app-specific files and testing the functionality of your external dependencies.

Emulators also assist in app performance testing to verify that interactions are smooth and apps use device resources within the required restraints. For accurate results, ensure you measure your CPU and graphic capabilities on your device.

Your Android emulator only allows your devices to run at near-native speeds. As such, you shouldn’t exactly expect native results from them. Worse yet, on virtual devices, you can’t test the performance of your Android apps against other benchmarks.

There’s no reliable workaround that allows you to test native apps at similar scales with Android emulators. You need many real devices for complex cross-browser tests on user interface and functionalities, so you can test across Chrome, Firefox, Safari, and other browsers.

Engineers use testing automation frameworks like Espresso and Appium to create test scripts and execute them on different Android devices to handle benchmarked compatibility standards.

Android emulators mimic real Android devices. But they also come with some limitations.

Some capabilities of your Android emulator include fast data transfer and compatibility with physical sensors like accelerometers.

Android emulators help you transfer data faster and more efficiently than physical devices that you connect via USB.

An emulator offers drag-to-drop capabilities that let you keep .apk files on the virtual device from your workstation or computer, which helps developers test apps quickly and more effectively.

Android emulators are useful if you use physical sensors such as accelerometers. When you test a given app element that relies largely on sensors, it becomes easier to align your settings via extended controls from your emulator.

Most modern PCs or laptops use Intel x86 and the most common Android chipset available is ARM v7a. Remember, for fast emulation, host and guest CPU architectures must match. So, without a device containing any ARM processor, emulation becomes poor, especially for most Android devices on the market.

Your AVD manager makes distinct directories to contain virtual device data, cache, and data from SD cards separately. One virtual device takes over 3GB of the total disk space and might crash if you lack enough space during launch.

Hardware acceleration improves performance, although setting up the process is complex even for advanced developers. Sometimes, accelerating your hardware results in complete system downtime or failure.

When the bet stops at understanding the interactions of apps with the host device environment, Android emulators become unreliable.

What Are The Best Android Emulators?

There are lots of great options out there when it comes to choosing an android emulator for your project such as Andy, GameLoop, and MEmu. You can find a list of the best android emulators available on the market here, along with tips on which ones will work for your specific needs.

Android emulators have revolutionized device capabilities and user experience. They serve many purposes like testing applications and gaming on large screens.

An Android emulator can be a worthwhile addition to your electronic devices because it allows you to connect various aspects of all your devices, simultaneously.

With the ideal Android emulator, you can enhance the capability and functionality of your devices, and enhance your user experience with them.